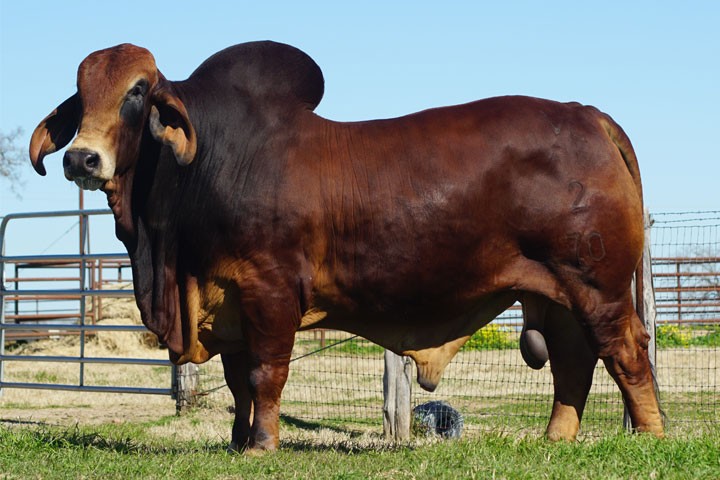 VL Rojo Designer 2/70 is a tremendous bull with power, muscle, and style. This moderate framed beef machine was named 2014 Reserve Intermediate Champion at the International Show in Houston and the 2014 Reserve Grand Champion at the East Texas State Fair. He is a show-stopping young bull that has impressed many of our clients and ranch visitors.

He is sired by VL Rojo Designer 78/5 and out of VL Elena 108/6. Great bulls come from great cow families. 108/6, a donor that represents the true definition of an American Red Brahman, has been a top producer at the ranch.

Brahman breeders say VL Rojo Designer 2/70 is destined for greatness. Whether you want genetics, performance or style, 2/70 will be a bull making a difference in the red Brahman breed. 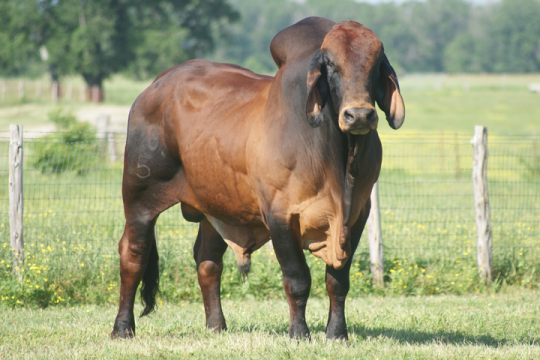 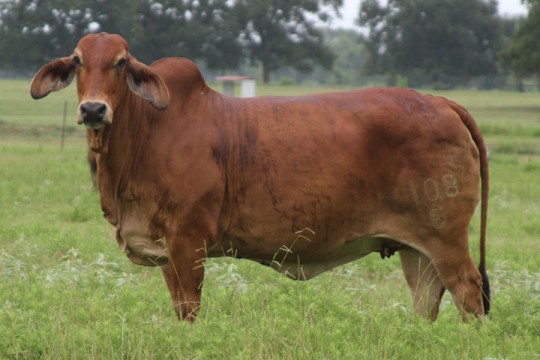